In 1946 my grandfather opened his own garage in Lynn, Massachusetts and he became a Gulf Oil station. In 1952 he bought two used Willys Jeep CJs to be used as service vehicles. Ingram Service offered roadside assistance before the time of AAA. The Jeeps were outfitted with chains, gas cans, snow plows, and jumper cables and the service technicians would go out and rescue stranded customers. It was the vehicle that my uncle got his driving license in.

Over the years, and as my grandfather grew older, the station fell into disrepair. Both Jeeps were left to decay - one behind the building and one on the side. As my father and uncle took over the station's operations they began removing debris, overgrown trees, and cast aside automobiles. One Jeep (with a homemade hardtop) was *given away* to a AMC/Jeep specialist in Peabody, MA. My father rescued the one that was on the side of the building, with an oak tree growing through the engine bay.

He kept the CJ2A in another garage and began the process of getting it running. Somewhere along the way the engine had been replaced by one from an earlier CJ2A. And many of the accessories were missing but the original plow still worked. The seats were missing so he fashioned an old school chair for the driver over the fuel tank. I replaced the spark plugs, wires, and the exhaust system. We used it to plow driveways but the 6-volt electrical system made starting tricky and what it really needed was a full restoration. My Dad moved it to his house, where it sat for a few years, intending to overhaul it (I worked on other projects), but he never got around to it and it's now back with my uncle. I'm hoping it's only a matter of time before it's back with me. 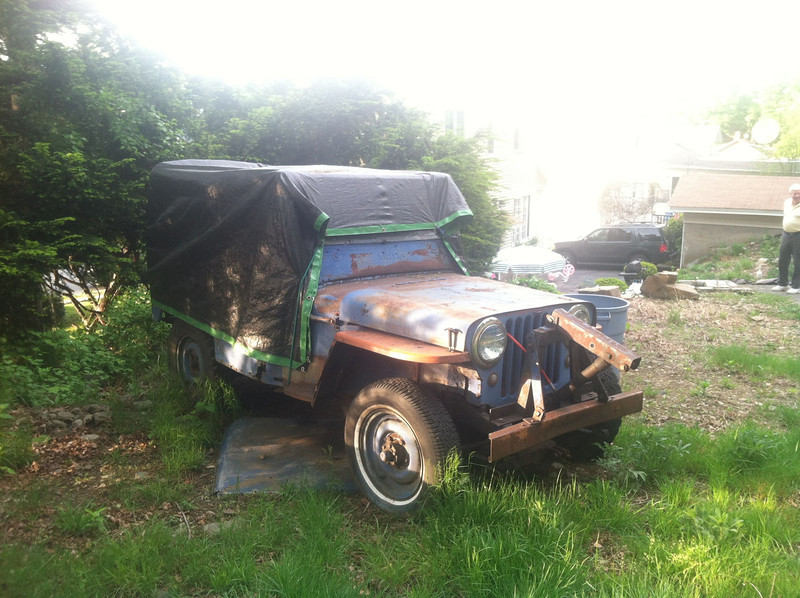